Admittedly, it felt a little odd considering even writing a review for a television programme, let alone actually sitting down and doing it. I have a pretty selective attention span – I can’t even begin to tell you how many classic films or TV shows I haven’t seen because of this. Don’t get me wrong, I have a relatively long list of favourite films, but I am a rare little creature who never gets that strong urge to sit down and watch a film as often as others might. As much as I love a good piece of cinema, half the time I can’t be motivated to get my act into gear and just watch it. Maybe it’s just laziness. My boyfriend can vouch for this – I can tell he gets pretty frustrated sometimes!

But, a few weeks ago I actually sat down, by myself, voluntarily, and binge watched a new programme that I had seen advertised a month or so prior. I know, big woop right? Well, for me it was. Especially as I loved. Every. Second. So much so that I made my boyfriend sit down and watch it with me for the second time. It didn’t even feel repetitive or boring – I was almost more excited and captivated than the first time.

It’s a pretty satisfying sensation when something turns out a million times better than you had anticipated, isn’t it? Even better so when it has an aesthetic to die for. 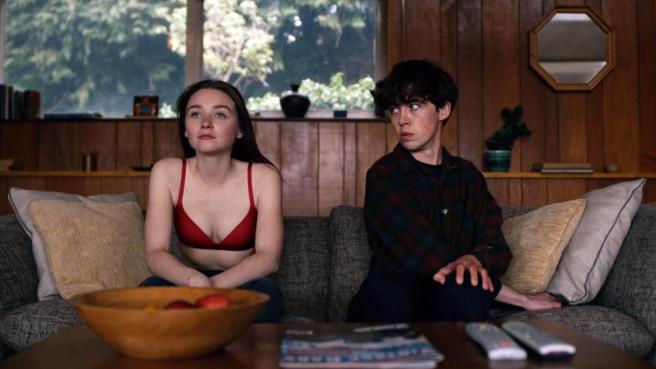 Alyssa and James are two teenagers who feel as if the world is against them, so decide to embark on a road trip in James’ Dad’s stolen car to get away from their boring routines and screwed up home lives Under that statement, you’d get the impression that it’ll be a so-angst-it’s-cringe extravaganza. But Alex Lawther and Jessica Barden’s on screen chemistry shuns all potential of that. What made it so pleasant to watch is that we were getting to know the characters as they were getting to know each other. So when they were surprised, sad, happy – so were we. It almost felt as if we were there with them, experiencing every raw emotion, every catastrophic event, every gut churn. They adopt a Wes Anderson-meets-Bonnie and Clyde persona, with a heavenly soundtrack as company. I have actually been listening to the Spotify soundtrack playlist since I’ve watched it – From Fleetwood Mac to Francoise Hardy and other little vintage gems, you’ll find that you’ll not only be tapping your foot from anxiety as to what will happen next, but with upbeat enthusiasm to the harmonic musical and cinematic marriage in front of you. Each time I tune in, many of the chosen tracks remind me of being at a vintage fair. It’s like I can almost smell the smell of old coats and retro treasures. 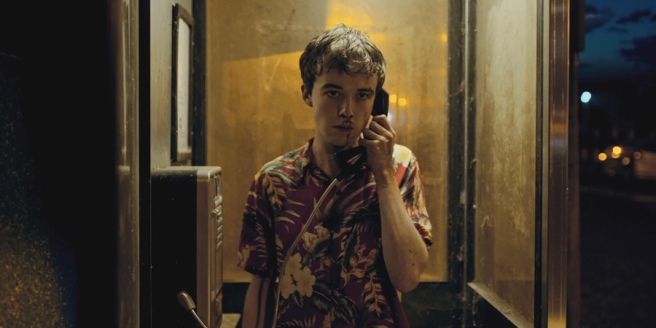 Lawther’s transition from the emotionless, vacant-eyed ‘psychopath’ to confident, doting-in-his-own way side kick was refreshing to watch.  Even he couldn’t resist becoming infatuated with Alyssa – whom he had previously planned to kill. A bit of a drastic change of mind, if you ask me. Nevertheless, they soon became a duo with an unbreakable bond without too much sop and mush – My grandfather often calls me an old romantic, but even I was slightly dreading a corny ending. But what I was greeted with instead was far from that. It was a pure, heart-in-the-throat, sweaty palms, edge on the seat situation. With the abrupt end, it made my heart sink to my stomach, yet absolutely yearning for more. I pray there’s a Season 2 – I am unsure as to how they would construct that, but the people who made this happen evidently have a spectacular talent, so I remain optimistic. 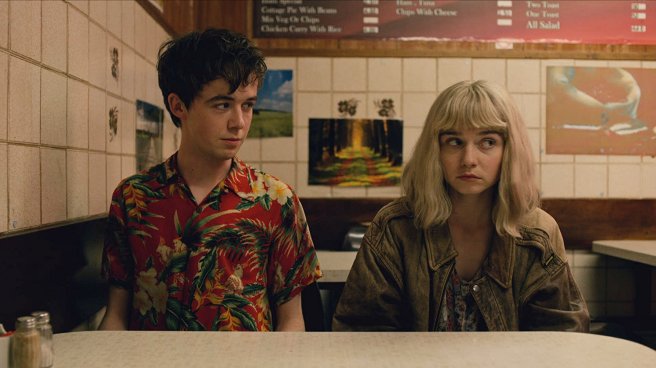 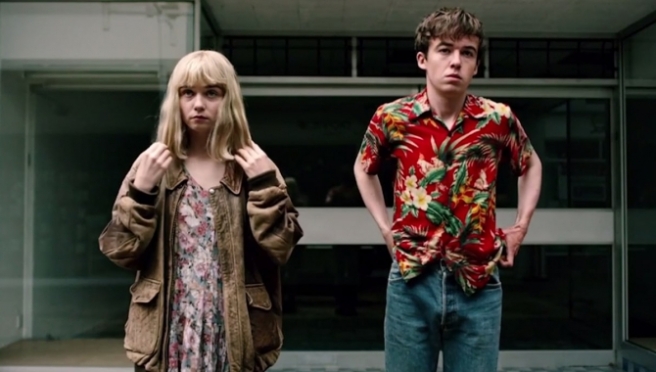 As someone who isn’t a huge cinema or television buff, it’s odd to me to be so invested in such a short series. But it is one hundred percent worth the watch.

So that’s a wrap…

I didn’t want to give the entire plot away, I decided that’s up to you to unravel if you decide to watch it. Well, if you do – I hope you love it as much as I did!

Thanks for Reading | Lucy Violet x

View all posts by lucyedser

went outside today, issa miracle
hair did 👼🏻
HNY 🥂
soppy as hell but highlight of my decade was meeting u 💛
♊︎
happy Boxing Day from me and this bean ✨